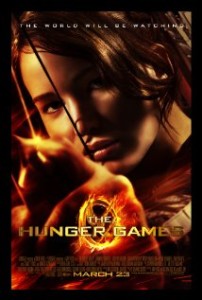 In a not-too-distant future, each year two young representatives from each of the country’s twelve districts are selected to participate in The Hunger Games. Part entertainment, part brutal intimidation of the subjugated districts, the televised games are broadcast on live television. The participants are forced to eliminate their competitors, literally, with all citizens required to watch. Katniss Everdeen volunteers to take her younger sister’s place for the latest match. She and her male counterpart Peeta, will be pitted against bigger, stronger representatives who have trained for this their whole lives.

The state-of-the-art facility was built in 1994 through state funding from the Mississippi legislature, offering a rich tapestry of cultural and educational programs to serve the entire Mississippi Delta.  The center attracts quality programming, superb artists and powerful performances to enrich, entertain and strengthen our Delta community.  In addition, the Bologna Center has demonstrated its commitment to arts education and developed the Janice Wyatt Mississippi Summer Arts Institute, which provides a comprehensive training program in all arts disciplines.